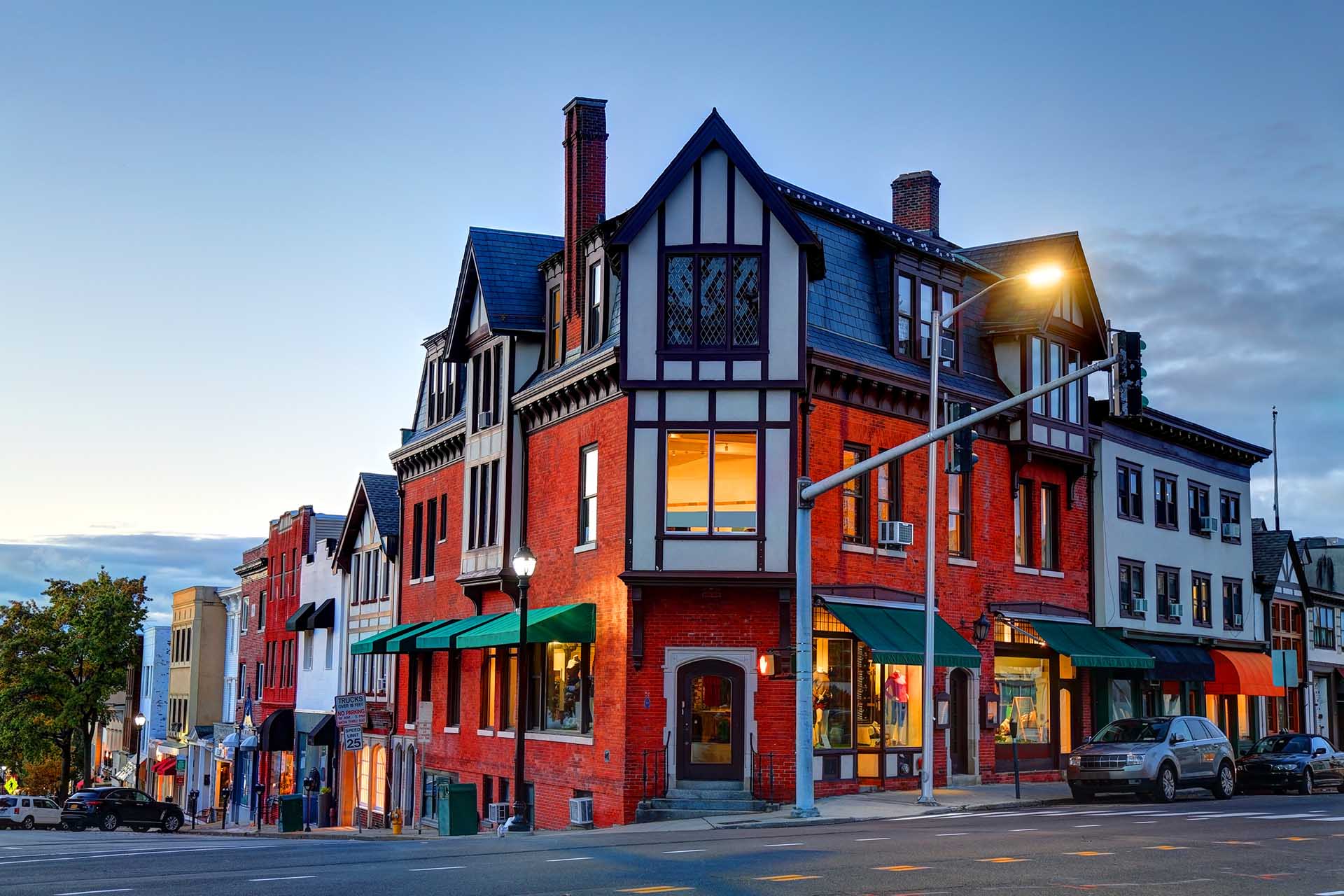 We’ve had tremendous success across our current eight markets in 2021. Spread out across the country, we’ve cast a wide net across a diverse mix of different retail corridors and formats. From suburban malls to city centers and everything in between, we’ve seen that the Leap model is flexible enough to be successful wherever we’ve tried it. Retail has remained fundamental to a brand building strategy, and as brands face supply chain challenges and rising customer acquisition cost, omnichannel retail has only accelerated.

To that end, we’re looking to expand even further and test out a range of new markets this year. Read our full press release here, and let’s take a look at the brand new cities, towns, and regions where we’ll be opening Leap-powered stores, and where we’re expanding in our current markets.

Why we’re excited about these new markets.

We analyzed the ecommerce performance of over 700 brands in our network and then layered this information with the most active retail markets in the country. From there, we were able to use our quantitative insights as well as our local knowledge to prioritize opening stores in analogous markets that will perform the best for these brands. In all of these locations, the population is growing and demand for retail is rising. It’s no surprise that they already have great co-tenancy and high overlap with the profile of customers already in our CRM. Let’s dive in and see where Leap is growing next.

Our nation's capital isn’t just a hub of political activity—it’s also a major center for retail activity. With high numbers of tourists nationally and internationally and a high volume of commuters and college students, DC is an excellent place to open your next store. We’ll be focusing our attention on Georgetown, Bethesda, Tysons Corner—three of the most active regions within the DC Metro Area.

The most populous city in New England and one of the oldest municipalities in the US, Boston is one of our prime regions for new stores in 2022. Rich in history and one of the world leaders in higher education, the city attracts more than 20 million visitors each year. Our initial focus will be opening stores on Newbury Street, and around Copley Square and the Seaport.

Growing our presence beyond Chicago, Columbus is a natural next step for Leap as the second-largest city in the midwest. Our initial focus will be on Easton Town Center, a popular outdoor lifestyle center in Northeast Columbus and home to the first-ever Hollister store! We look forward to continuing our growth across the Midwest in Ohio and beyond.

Adding another historic American city to our roster, Philadelphia is going to be the home of our first Leap-powered stores in Pennsylvania. The second-largest city in the Northeast behind NYC and a diverse, vibrant metropolis, Philadelphia holds an enormous amount of potential for new retail. We’ll be opening stores both downtown on Walnut Street and within the renowned King of Prussia Mall.

Just an hour's train ride from Manhattan, Greenwich is a quaint commuter town that’s home to some of the wealthiest ZIP codes in Connecticut and the country. With scenic, small-town character including historic landmarks, churches, and a town green, Greenwich is home to a host of financial services companies and hedge-funds, as well as wealthy NY transplants. We’ll be opening stores downtown on Greenwich Ave and beyond.
‍
Co-Tenancy: Hermés, Loveshack Fancy, Aritzia

We’ll also be opening new storefronts in new parts of our existing market footprint. These are natural expansions that will only further increase our density and efficiency in these already successful markets.

Downtown Dumbo: Short for Down Under the Manhattan Bridge Overpass, this is a photogenic and charmingly industrial part of Brooklyn that’s home to new retail locations and a number of startup headquarters.

Southport: Continuing expansion in one of our home markets to the North of Lincoln Park.‍

2nd and Lavaca:  Prime retail sits at the heart of Austin’s downtown on this tourist-friendly street south of the Texas Capitol.

South Congress: A popular neighborhood for eating and drinking to the South of the city.

Knox Henderson: Doubling down on our success in Dallas with new locations adjacent to those existing in Highland Park.

Deep Ellum: This lively entertainment district in downtown Dallas is known for its street art, galleries, bars, breweries, concert venues, and theaters, and is the perfect place to expand our Dallas cluster.

Look forward to future announcements naming the new stores and new brands that will be arriving in these markets. Interested in opening your next store in one of these locations? Sign up to work with us here.