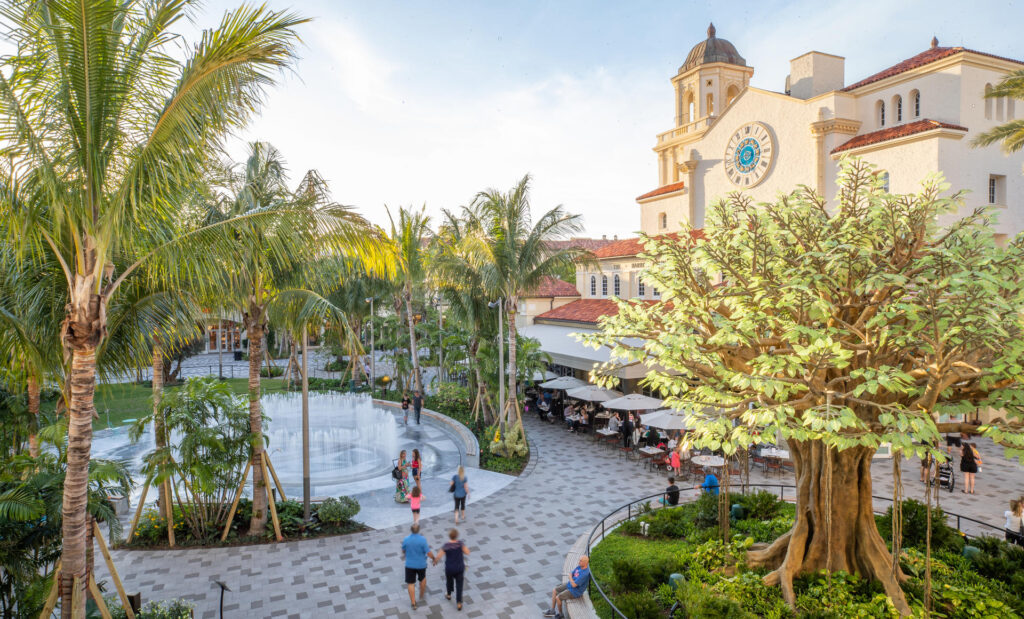 Brands are shifting their retail expansion strategies to markets once overlooked. Read on to learn about this trend and how Leap is expanding its footprint to West Palm Beach with three new stores.

Modern brands continue to prioritize one thing — and that is smart, calculated growth. While traditionally, newer brands looked to grow via e-commerce and open physical stores in major markets such as NYC and LA, they are now looking to drive growth in new markets once overlooked. With population shifts away from major metros and less tourists in major metros due to COVID-19, brands are increasingly expanding into “second-tier” markets and reshuffling their store strategies.

Ultimately, brands are following where the shoppers are going, and locations like Southern Florida, Austin, Dallas, Nashville and Scottsdale are moving to the top of brand’s expansion roadmaps.

The Metropolitan Shift—Where People Are Heading and Why

While the shift to cities made headlines in the 2010s, now, expedited by COVID-19, people are reportedly moving out of major cities like San Francisco and New York. According to Bloomberg, residents of San Francisco, for example, are moving to Seattle, Austin and Chicago. Data from moving companies also indicate a significant uptick in moving activity and a material shift in where people are relocating.

COVID has accelerated the move away (both permanently & temporarily) from big, expensive and crowded cities to smaller, more affordable ones with better weather and a better work-life balance. With these moves, brands are shifting their retail growth strategies to test markets in these “second-tier” cities and drive buzz with fully omni-channel, modern stores.

What the retail experts are predicting

CBRE’s latest 2021 outlook report states that cities like Phoenix, Austin, Denver, Sacramento and Charlotte will “benefit from increased inward migration, less impact to mobility and a greater prevalence of open-air shopping centers and outdoor space to enhance capacities.” Given that these markets also have warmer weather is also a huge draw for immediate relocation in the first half of 2021.

Further, Globe St recently published the 17 retail markets that are beating the odds highlighting the “Super Sun Belt” which includes Atlanta, Dallas, Houston, Phoenix and San Antonio. These markets are poised as the nation’s top retail markets for their strong economies and affordability for both residents and businesses. Landlords in these cities are focusing on more flexible leases and reporting low vacancy rates of 5.7%. Additionally, cities like Austin, West Palm Beach, Scottsdale, Denver and San Diego are particularly strong retail markets given factors like a “live-work-play” mindset, good weather, cultural diversity, and a “lower cost of living—and doing business—than other cities”.

DTC brands like Stoney Clover Lane, are opening in Newport Beach, and Mizzen+Main, just announced a new store in Houston. From a location perspective, there’s been “quite a shift to more neighborhood and outdoor destinations,” Leap CEO Amish Tolia recently told the Morning Brew.

“If I were a DTC brand, and I was looking at retail, I would start looking closer to home for customers, and not so much where they work and where they play, because there’s no work and play anymore,” Rebekah Kondrat, partner at retail consultancy Loose Threads, recently said in Glossy.

Solid & Striped CEO Sarah Landman recent told WWD “New York is our largest market, historically, and still is. But with COVID-19, so many people have temporarily and permanently relocated to southern Florida. So now it’s just the biggest growth opportunity. And the financial structure that we’ve worked out there is very low risk.”

With three powered by Leap stores side by side by side in West Palm Beach, we are driving efficiencies in both operating costs and marketing to ultimately lower risks and drive performance for the brands we power. Now that winter seasonality is setting in and more people are moving to West Palm Beach each week we are excited to help brands drive growth in new markets. And West Palm Beach is just the beginning. Stay tuned as we look to Texas and Arizona for our next expansion markets.

Sign up for news, updates, and retail insights from Leap

Thank you! Your submission has been received!
Oops! Something went wrong while submitting the form.

“Leap allows companies to expand into retail without throwing too much money into it or incurring much risk at all.”